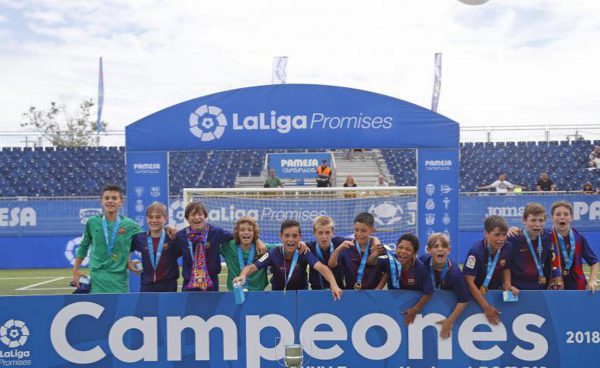 FC Barcelona were crowned champions of the XXV edition of the PAMESA LaLiga Promises National Tournament that was played over this past weekend at the Ciutat Esportiva PAMESA Cerámica. The ‘azulgranas’ prevailed in the grand final against RCD Espanyol thanks to a goal by Iván Rodríguez whose left-footed shot crept in just inside the post in the 30th minute of the game. This is the ninth time that the FC Barcelona U12 have won the the LaLiga Promises National Tournament.

The semi-finals were also played this Sunday, with a victory for FC Barcelona against RC Deportivo de la Coruña in penalties and RCD Espanyol’s 3-0 win over Levante UD.