It was a fiesta laden with memories yesterday at La Fonteta, where Valencia Basket celebrated its 1000th match in the Endesa League at a party sponsored by Pamesa Cerámica, also marking 28 victories in 28 matches for the Taronja club.

A hard-fought win against a tough CAI Zaragoza (81-74), who were not at La Fonteta to give the home team an easy ride. Sporting a white retro shirt inspired by the kit the original line up wore for their first ACB match, Valencia Basket managed to get ahead and keep control of the game.

Various festive events took place before the match to pay tribute to the team that played Pamesa Valencia’s first game in the Endesa League in 1988. Thirteen members of the Valencian club’s present team showed off a uniform sporting the Pamesa logo on the front, and gave away 1000 scarves to the first fans to arrive at La Fonteta. 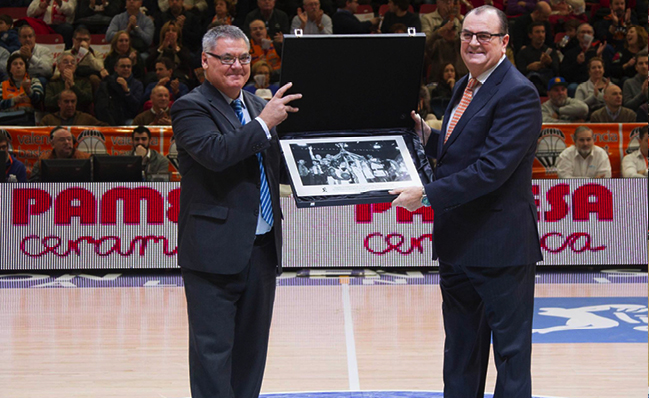 A video was shown with an emotional review of Valencia Basket’s historical career. After the screening, ACB president Francisco Roca presented Valencia Basket president Vicente Solá with a commemorative plaque illustrated with a photograph of the celebration of the King’s Cup title in 1998, the first in the Taronja club’s history. 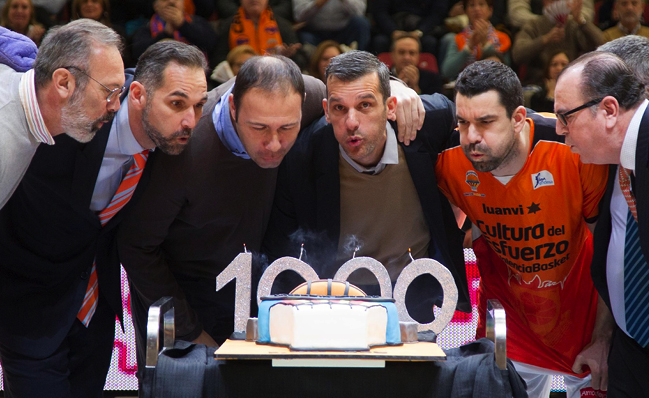 When the match had ended four iconic players from the Fonteta team’s past, Víctor Luengo, Nacho Rodilla, Sergio Coterón, Berni Álvarez, and the present captain, Rafa Martínez, blew out the candles on a cake decorated with the club shield.