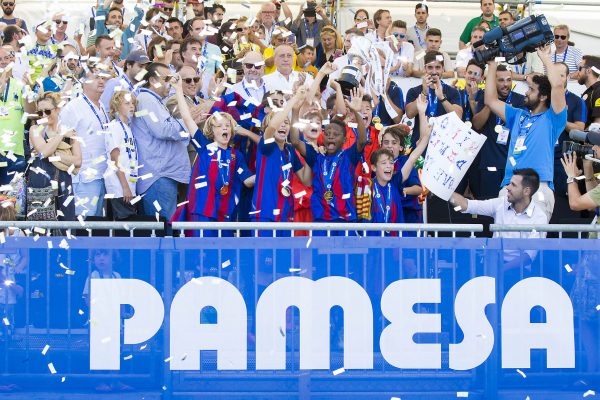 FC Barcelona U12 were crowned champions of the XXVI edition of the LaLiga Promises tournament after beating Villarreal CF in the final (3-1) of the competition that took place at the PAMESA Training Ground in Vila-real.

Villarreal U12 came second in this tournament. The Yellows beat Real Madrid in the semi-finals on penalties after drawing 2-2 in normal time, but unfortunately they could not beat Barcelona in the final (3-1). Despite the defeat, the U12s can be proud of themselves after putting in a fantastic performance over the three days, in the end just one step away from defending their title.