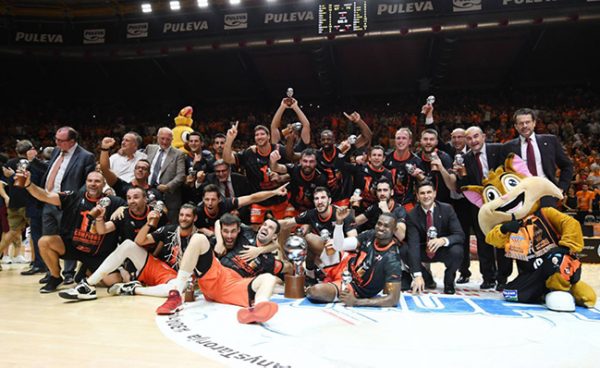 The 2016-17 season ended last night for Valencia Basket  with a win in the Fonteta which certified the first Endesa League title for taronja squad. And the Club would like to thank all their fans the unconditional support that they have shown to the team during the campaign and in very special way, the incredible atmosphere that has had the Fonteta in the Playoff games and in particular in the two Finals games played in Valencia.