The eight players of Valencia Basket  who were Endesa League champions last season and who remain in the squad have received a very special gift courtesy of Pamesa Cerámica.

Rafa Martínez, Bojan Dubljevic, Sam Van Rossom, Guillem Vives, Fernando San Emeterio, Antoine Diot, Joan Sastre and Will Thomas collected a 64x30cm ceramic plaque in the Fonteta with the image of the stats of the Finals game 4 vs. Real Madrid in which the team taronja bécame the Endesa League champions, on June 16, 2017. Each of the tiles that the players have received is signed by all components of the squad and coaching team of the champion squad. 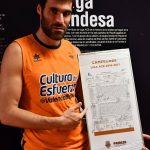 tribute to the champions of Valencia Basket 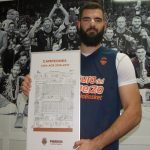 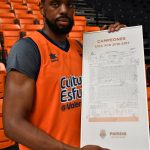 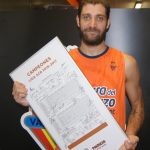 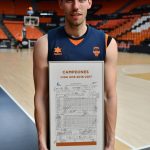 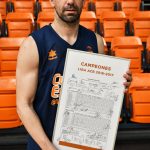 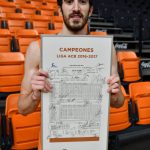